Background: In a highly globalized world, where boundaries are continually crossed due to different international activities, tropical diseases including Leptospirosis have emerged as significant causes of severe illness and death in untreated patients.

Aim: To optimize the culture isolation of Leptospira by using different culture methods.

Materials and Methods: All suspected cases of Leptospirosis regardless of their age/sex were recruited following informed and written consent. Five different blood culture methods have been tried to see better isolation of Leptospira from patient.

Result: Total 326 patients are evaluated over a period of three years. Five different method of blood culture were followed out of that, whole blood culture technique shows better result compaire to other followed technique.

Conclusion: The culture methods are gold standard but time consuming. It has an important role in the study of outbreaks. It provides epidemiological data that is helpful in studying pathogenesis of Leptospira.

Leptospirosis is a bacterial zoonotic disease. It is increasingly recognized as emerging or re-emerging disease. Particularly common in rural tropical regions associated with exposure to contaminated water and soil during heavy rainfall and occupational risks. Because of its multiple and non-specific clinical presentation, Medical diagnosis of Leptospira is especially challenging and clinical suspicions warrant systematic biological confirmation.1, 2, 3 The clinical manifestations of leptospirosis range from a mild influenza-like illness to multi-organ failure and death. The common signs and symptoms of this infection is difficult to discriminate leptospirosis from a range of other infectious diseases that occur in the tropics, including dengue fever, malaria, and rickettsial infection.4

In acute stage, Leptospira isolation from clinical samples has been considered the gold standard for decades. However, leptospira are fastidious and slow-growing organisms. The cultures are to be kept and Screened for up to 14 weeks,5 resulting in low isolation sensitivity,4 so that isolation is of limited use for medical diagnosis and treatment. There is a great value of gaining access to bacterial isolates: they provide biological material for epidemiology (serological and/or molecular) as well as research for purpose. (e.g. virulence, comparative genomics).

Leptospirosis is a zoonotic disease of worldwide distribution. Leptospirosis is primarily a contagious disease of animals, accidental infection occurs to humans and is caused by pathogenic spirochete of the genus leptospira that traditionally consist of two species L.interrogans and L.biflexa. L.interrogans includes all pathogenic serovars and L.biflexa includes all the saprophytic strains.6 Each sub-group consists of several strains designated as Serovars. The predominant serovars of leptospira present in India are L.andamana, L.pomona, L.grippotyphosa, L.hebdomadis, L.semoranga, L.javanica, L.autumnalis, L.canicola.7

Leptospirosis is usually a seasonal disease that starts at the onset of the rainy season, the disease declines as the rains recede. Infection is acquired through direct contact with the environment contaminated with urine of rodents, carrier or diseased animals. Agricultural workers such as rice field planters, sugar cane and pineapple field harvesters, livestock handlers, laborers’ engaged in canal cleaning operations are subjected to expose with leptospira.6 Males suffer more frequently from leptospirosis than females because of more out –door activity and greater occupational exposure.

We have conducted a prospective study from September 2011 to October 2013, at New civil hospital, Government Medical college, Surat. The study protocol was approved by the Human Research Ethics Committee of the college. All suspected cases of Leptospirosis regardless of there age/sex were recruited following informed and written consent. A detailed history and the physical examination findings were recorded on a clinical record form.

The anti-cubital vein of either hand, will first be cleaned with 70% alcohol in concentric manner from inside out and allowed to dry. Then tincture iodine will applied in same manner. Again alcohol will applied and let it dry. Approximately 2ml of patient’s blood will be collected. Preferabley sample for blood culture will be collected before administration of antibiotics.

Procedure to be followed for sample collection for blood culture

After collecting blood with all aseptic prequations. Drop of whole blood is directly inoculated into 4ml liquid EMJH medium (Ellinghausen, McCullough, Johnson, Harris) between flames of two spirit lamp bed side to decrease the contamination. While 1ml of sample is collected in Heparin sodium vacuatte containing 250 µl of heparin. Another 1ml of sample is collected in plain vacuatte.

Four different sampling methods were used to culture from heparinevaccuatte8

All cultures will be incubated aerobically and protected from light at room temperature (28 to 30°C) for six months; the cultures will be examined weekly for three months and then every 2 to 4 weeks for a further 3 months by placing one drop of the culture onto a microscopic glass slide and observing it by dark-field microscopy. If any contamination will be seen macroscopically or microscopically cultures will be filtered with 0.22µm filters. The flow chart no – 1 shows, processing of blood culture sample. 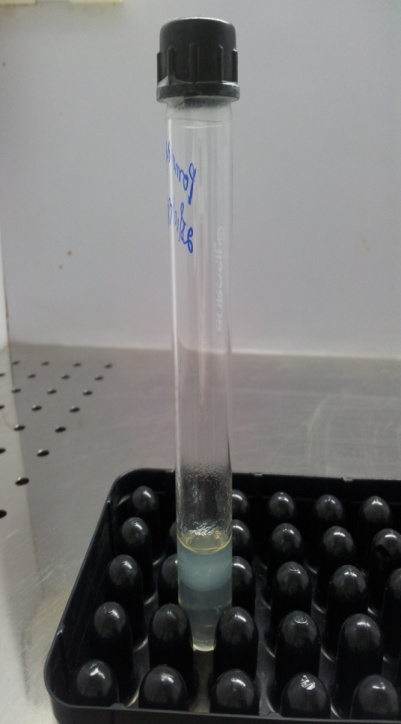 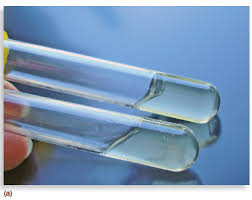 Leptospirosis, is the most common zoonosis in the world caused by pathogenic spirochetes of the genus leptospira. It has been recently recognized as a re-emerging infectious disease among animals and humans and has the potential to become even more prevalent with anticipated global warming. Leptospira is related to certain socioeconomic conditions or climatic change that favor endemicity in animal vectors and human exposure. It is generally reported from the developing parts of the world, but cases from industrialized countries following international travel to exotic destinations or involvement of recreational activities were also reported. An estimated global incidence is 5.6 to 50/ 100000 cases, having 300,000- 500,000 severe cases occur each year, with case fatality reports of up to 20-30%.

The clinical presentation is difficult to distinguish from dengue, malaria, influenza, and many other diseases characterized by fever, headache, and myalgia. So difficult to diagnose both by the clinic and the laboratory evidences. Therefore, the disease is frequently not recognized and consequently severely neglected.

Leptospirosis were first noted in South Gujarat, in the Chikhli block of the old Valsad district in the year 1994. Since then cases of leptospirosis are continuously reported from Surat, Navsari and Valsad, Tapi districts of South Gujarat, also from borders from Gujarat. The Factors involved in preponderance of South Gujarat are paddy cultivations and sugarcane (water loving crops), work practice by farmer and animal handler, climatic conditions, clay soil structure leads to water logging higher water tables and rodent carriers. Present study will be useful as less number of data is available regarding prevelant circulating strain of leptospirosis and it’s further characterization in South Gujarat.

In present study, patients admitted to New Civil Hospital, Surat with fever, chills conjuctival suffusion, headache, myalgia particularly calf muscles, oliguria, jaundice were included. Total 326 patients included in study during the period of September 2011 to October 2013. The study protocol was approved by the Human Research Ethics Committee of the college. A detailed history and the physical examination findings were recorded on a clinical record form.

Blood culture was taken from all suspected cases of Leptospirosis irrespective of stage/ days of illness or commencement of antibiotics. The culture was done by different methods (i) Whole blood (direct) (ii) whole heparinised blood (iii) surface plasma (iv) the deposit from spun plasma (v) blood clot, inoculated in liquid EMJH medium. All cultures were incubated aerobically and protected from sunlight at room temperature (25˚ to 30˚ c) for 6 months. The cultures were examined weekly for 3 months and then every 2 to 4 weeks for 3months by placing one drop of the culture onto a microscopic slide and observing it by dark-field microscopy at ×200 magnification.

Shows different methods of culture and there results

Total 326 blood culture samples were taken during the study period. Different method of blood culture of Leptospirosis were done. Which includes whole blood culture, whole heparinized blood, surface plasma, spun plasma and clot culture. All cultures were sub- cultured according to protocol and screened by dark field microscopy. There were 2 isolates of Leptospirosis from whole blood inoculation, but later due to overgrowth by heavy contamination we could not isolate them in pure culture. So, direct whole blood inoculation at the patients bed side was better culture technique than other blood culture technique used in this study.

Shows comparison different methods of culture and there results

Different studies has done to see the which method is better for isolation of Leptospirosis. Study done in 2010 by Ana T. Goncalves shows,9 Whole blood inoculation directly in to EMJH medium before antibiotic administration. There isolation rate was 15% (10 / 68 cultured sample). While study by Pascale Bourhy 10 in 2010 used heparinized blood for culture during the acute phase of illness. Ten drops (250 ml) and 20–40 drops (500–1000 ml) of plasma from heparinized blood were transferred into two tubes containing 9 ml of EMJH liquid medium. There isolation rate was 76% (22/29 cultured sample) In the present study we have 2 culture isolates by direct whole blood inoculation (bed-side), unfortunately by overgrown contamination we could not isolate them. Which shows whole blood inoculation is better method for Leptospirosis isolation.

The possible factors involved were, study was conducted at tertiary care hospital, so patient presentation was late in many cases as well as commencement of antibiotic was also the probable factor. For future consideration and better isolation sample for culture should be collected at Primary health care level. Which needs further studies on this topic.

Leptospirosis is caused by pathogenic members of the genus Leptospira. This infection has a worldwide distribution but it has the greatest impact on health in developing countries, where it is often grossly under diagnosed. Making a diagnosis of leptospirosis in resource-limited settings is challenging because of the similarity between clinical features of other common infectious diseases that occur in the tropics.

The culture method, although with a prolonged incubation time and low diagnostic sensitivity, has an important role in the study of outbreaks and global epidemiology, and provides a crucial pool of clinical strains for studies of pathogenesis.

In present study total 326 blood culture samples from suspected cases of Leptospirosis was collected during the study period. 2 isolates were there but could not isolate in pure culture due to overgrowth of contamination.

We acknowledge all the staffs of department of Microbiology of Government Medical College, Surat for their full support.

We declare that we have no conflict of interest.