Sumangala B and Sharlee R: Retrospective view on fungal and bacterial profile in the suspected cases of keratitis

Purpose: To study the microbial profile in the cases of keratitis.

Materials and Methods: Retrospective cross-sectional study conducted during the period of January 2018 to January 2019. Corneal scrapping from suspected case of keratitis were subjected for microscopy and culture. Growth was examined for wet mount, colony morphology from culture tubes and plates, susceptibility of gram negative and gram-positive organism was done according to standard protocol (CLSI 2018).

Result: In our study total of 239 samples, 17(7.1%) samples were only Microscopy positive, 69 (28.8%) samples were bacterial culture positive and 43 (17.9%) were fungal culture positive. Organisms isolated from bacterial culture were Staph, Pseudo, E. coli, Proteus, Enterobacter and Klebsiella species. Aspergillus, Fusarium, Microsporum, Curvalaria & Candida spp were isolated from fungal culture. No mixed growth was observed in our study.

Conclusion: In our study we found about 28.8% of cases were positive for bacterial growth. Clinicians usually neglect bacterial cause of keratitis, so a good microbiological investigation play major role in management of corneal infection.

Infectious keratitis is a major cause for long-term visual impairment and termed as “Blinding disease” of epidemic proportions.1 Keratitis is an ophthalmic emergency requiring anti-microbial treatment to prevent permanent vision loss.2

According to the WHO (world health organization) six million corneal ulcers occur annually in Southeast Asia Region, these estimates are based on the data collected from countries where the incidence of corneal ulceration ranged from a low of 113/100,000 in India to high as 799/100,000 in Nepal.3

Microorganisms like bacteria, viruses, protozoa and fungi can cause keratitis leading to corneal ulcers.5 The etiological patterns of corneal ulceration have been found to vary with geographic location, climate, the patient population and health of the cornea.6

Trauma by vegetative or soil matter seems to be the predominant risk factor. Injudicious use of tropical corticosteroids and other antibacterial agents for external ocular disease and contact lens use further enhances the risk.7

Common cause of keratitis are Aspergillus and Fusarium species accounts for over 70%. Fungal keratitis presents with corneal ulcer having stromal infiltrate, dry texture & satellite lesions.5 Bacterial keratitis presents with an epithelial defect along with stromal oedema and corneal infiltrate.8 Empiric therapy for bacterial cause is treated with ciprofloxacin 0.3% or ofloxacin 0.3% or fortified cephalothin 5% plus gentamicin 0.9% and fungal cause are treated with Natamycin 5% as first line and Amphotericin-B 0.3-0.5% as an alternative topical therapy.9 Recent study reveals the drug resistant organisms causing keratitis, so correct identification of the cause totally changes the method of treatment plan. Present Study was taken up with an interest to know the prevalence of keratitis caused by fungus in an around Mandya district as well to study bacterial pattern.

It is retrospective cross-sectional study conducted for a period of one year from Jan 2018-Jan 2019, Corneal scrapping from cases of keratitis sent to Microbiology department in the central laboratory were subjected to Microscopy and culture.

All the samples were further subjected to culture.10

According to CLSI guidelines, growth observed on bacterial culture plates were further subjected to biochemical reactions like Indole, Citrate, Urease, TSI, MR-VP, sugar fermentation and mannitol motility for identification and Mueller Hinton agar was used for susceptibility of gram positive and gram-negative organisms except for Streptococcus species, we used blood agar. 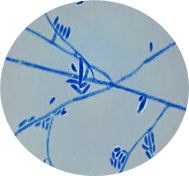 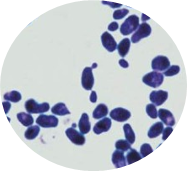 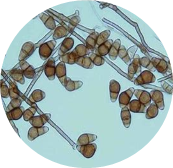 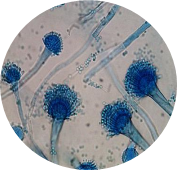 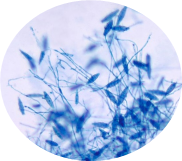 A variety of factors determine outcome in the infectious keratitis and the epidemiological patterns vary from country to country, as well geographical areas in same state. To develop an appropriate diagnostic and therapeutic strategies, a comprehensive data is must Hence regular regional updates become important for the clinicians in framing the treatment protocols. In our study out of 239 samples, 28.8% of keratitis were of bacterial origin and 17.8% of fungal. Prevalence of bacterial cause remain to be high over fungal with different geographic area observed in the study conducted by Ng AL et al. showing around 25.6%, 68.9% & 78% of Bacteria’s cause keratitis.10

Study conducted by Das S et al., Keay L et al., Pandita A et al. and Hernandez-Camarena JC et al. showed among bacteria’s Staphylococcus was major gram-positive organism isolated followed by Streptococcus, which was the common pattern of growth seen all over India as well in our study.11, 12, 13, 14

Meticulous microbiological workup and analysis is essential in managing infectious keratitis, if prompt and precise treatment is not given to the patients, there is more chance for the disease to progress towards corneal damage or may develop sight-threatening condition.

BR Jones Principles in the management of oculomycosisAm J Ophthalmol19757971951