Madkey, Gedam, Meshram, and Gajbhiye: Seroprevalence of dengue in the tribal district of central India

Seroprevalence of dengue in the tribal district of central India

Background: Dengue is a vector-borne disease that is a major public health threat globally affecting three billion people with approximately 200 million cases of morbidity and 50,000 cases of mortality annually. It is transmitted to humans by Aedes mosquitoes. It is caused by the dengue virus (DENV, 1–4 serotypes). The clinical manifestations of dengue vary from mild fever to severe hemorrhage, shock, and death. It is critical to make an early and accurate laboratory diagnosis of DENV infection for effective patient management. Dengue is now no more restricted to the urban population, it has become endemic in the rural population as well.

Aim and Objectives: 1. To find the seroprevalence of dengue virus infection in the tribal population of Gondia district. 2. To observe the seasonal variation of dengue cases.

Materials and Methods: This study was conducted under the NVBDC program at the Department of Microbiology, GMC, Gondia which is the sentinel center for Dengue and Chikungunya. The Study was carried out from October 2018 to September 2020. Serum samples of patients with dengue-like clinical illness were subjected to IgM antibody detection by dengue MAC ELISA.

Dengue, also known as "tropical flu," is a viral disease transmitted to humans by Aedes mosquitoes.1 Dengue virus is a positive-stranded RNA virus in the genus Flavivirus, family Flaviviridae.2 There are four antigenically related but distinct serotypes of the dengue virus: DENV‑1, DENV‑2, DENV‑3, and DENV‑4.3

Dengue was reclassified by WHO IN 2009 according to levels of severity as dengue without warning signs, dengue with warning signs like abdominal pain, persistent vomiting, fluid accumulation, mucosal bleeding, lethargy, liver enlargement, increasing hematocrit with decreasing platelets, and severe dengue which included dengue with severe plasma leakage, severe bleeding, or organ failure.4 There is a need for early diagnosis of dengue infection since early diagnosis can prevent fatal cases. The most widely used serological method for dengue diagnosis is ELISA.3

Dengue virus (DENV) infection has created a serious global public health challenge to three billion people, resulting in approximately 200 million cases of morbidity and 50,000 cases of mortality annually. In 2019, the Ministry of Health and Family welfare reported 136422 dengue cases with 132 deaths all over India. A total number of 12374 dengue cases with 25 deaths were reported in Maharashtra.5

Increasing incidence of the disease has been attributed to improper water storage, rampant unplanned urbanization, overcrowding, inadequate sanitation, and sewer system leading to the proliferation of vector breeding sites in urban, semi-urban, and rural areas.6 So, We conducted this study to know the seroprevalence of Dengue in Gondia, a tribal district of central India.

This cross-sectional study was conducted under National Vector Borne Disease Control Programme (NVBDCP) at the Department of Microbiology, GMC, Gondia, which is the sentinel center for Dengue and Chikungunya. The study was carried out from October 2018 to September 2020. Serum samples of patients with dengue-like clinical illness were subjected to IgM antibody detection by dengue MAC ELISA.

Blood samples were collected and serum was separated as per the standard guidelines.7, 8 Samples were processed by NIV Dengue IgM Capture ELISA KIT. Serum was diluted 1:100 in tubes or deep well plate using sample diluents for DEN IgM. IgM coated strips were washed 3 times with 1X wash buffer. 50 µl of diluted samples were transferred from the deep well plate to respective wells as per the protocol on the ELISA sheet using a multichannel pipette. 50 µl of DEN IgM Positive and Negative controls were added to respective wells as per the protocol. The plate was covered with aluminum foil to prevent the evaporation of samples. The plate was kept in a closed humidified box inside the incubator at 370C for 1 hour. After washing five times with wash buffer, the plate was tapped after the last wash on a tissue paper to remove traces of wash buffer content. 50 µl of DEN antigen was added to each well of the plate. 50 µl of Anti DEN Monoclonal antibody HxB (biotin-labeled) was added to each well.

A total number of 388 samples were tested, out of which 48 were positive. So, the Seroprevalence of dengue in Gondia was found to be 12.37 % as shown in Figure 1.

Seroprevalence of dengue in Gondia 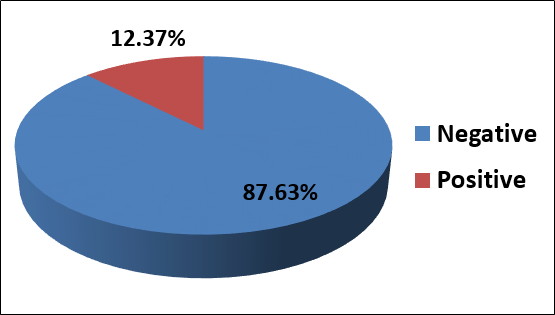 Table 1 shows that Males (54.17%) were affected more than females (45.83%). The difference was not statistically significant. 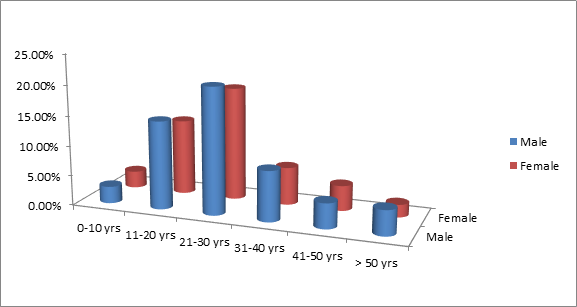 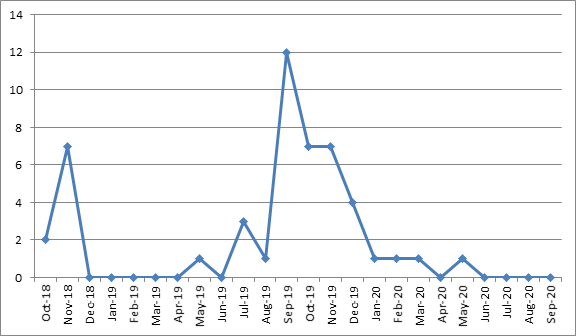 Figure 3 shows the peak of Dengue cases was observed in September 2019.

At present, information about dengue infection is quite limited, and officially reported cases are inadequate. With an increase in morbidity, mortality rates, and economic burden, understanding of dengue infection is essential to assist policymakers and public health managers to prepare for and control outbreaks with limited resources for both diagnosis and treatment.2

Dengue was earlier considered as an urban and semi-urban disease but in recent years, dengue has become endemic in rural areas of India as well due to water storage practices and large-scale development activities in rural areas. This has increased the scale of the dengue challenge in the country.9 Thus, the present study was carried out to study the seropositivity and the seasonal variations of dengue infection in our region.

In Maharashtra, dengue is the second most leading cause of death after diarrhea in children below five years of age. In our study, 21-30 (39.59%) years were the most common age group involved. Kumar A et al.12 observed that a maximum number of cases, 57.3%, were in the age group of 15-44 years. In our study, 4.16% cases were in the age group of 0-10 years, whereas, Ukey PM et al.,13 Deshkar ST et al.,2 Rao MS et al.,10 observed maximum cases in the age group of 0-10 years which was 43.90%, 40.50%, 35.84% respectively. In general, the prevalence of dengue infection is relatively seen more in children compared to adults but persons of all age groups are susceptible to dengue infections.2

Our study showed Males (54.17%) were affected more than females (45.83%) which coincides with a study by, Karoli R et al.14 in which 58% male patients and 42% females. In a study by Kumar M.15 males being affected significantly more compared to females. Similarly, many other Indian studies were independently done by Agarwal et al.,16 Ray et al.,17 and Wali et al.,18 Deshkar ST et al.2 found a higher number of male patients infected with dengue compared to females. It might be due to differences in the socio-cultural environment where males are more exposed to outdoor activities and their bodies less covered as compared to females.19, 20

Less number of cases were reported in the year 2020. This reduction could be attributable to the mobilization of epidemiological surveillance teams to respond to the emergence of the COVID-19 pandemic, causing a delay or underreporting of cases of dengue. Furthermore, most of the febrile dengue cases overlap in health centers along with cases of COVID-19, sharing clinical features.22 We are looking forward to increasing the serosurveillance of dengue cases in upcoming years.

Despite several preventive measures by WHO, new outbreaks of dengue infection have been reported in several parts of the world during the post-monsoon season. To prevent such outbreaks, newer diagnostic techniques, public awareness programs, better education, and proper monitoring of vector control are required.

WHO guidelines on drawing blood: Best practices in phlebotomy. WHO, Geneva. 2010.